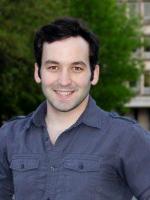 As of September 2018, I am an NSF Postdoctoral Fellow at Cornell University in the Pawlowska lab.

As part of the Harrington lab (2012–2018), I studied the evolutionary history and systematics of the obligate fungal symbionts of ambrosia beetles. Ambrosia beetles have special organs called mycangia that they use to carry spores of their special cultivar, much like a bag of seeds carried by a farmer. The fungi have been domesticated as tended crops by the beetles over a long, shared evolutionary history; their nutrient-rich spores are the beetles' sole food source, but do not have the ability to disperse on their own, completely relying on the beetles' mycangia for transport. This is an impressive example of insect agriculture with more than a century of research behind it, but molecular methods have revolutionized our understanding of the diversity present in the fungal symbionts.

My specific goals were, briefly:

My focus was especially on genera in the family Ceratocystidaceae such as Ambrosiella, Phialophoropsis, and Meredithiella. I was especially interested in the correlation between the evolutionary history of these fungi and that of the different types of mycangia they are stored in. I sought to establish an accurate taxonomy of ambrosia fungi that is both phylogenetically accurate and comprehensive in representing the symbionts of many of the currently-known ambrosia beetle lineages.

I defended and submitted my dissertation in April 2018. As of June 2018, three of the five chapters were published (see 'Publications' section below).

See Google Scholar profile, ResearchGate profile, or the updated CV attached below for an updated list of publications.